skip to main | skip to sidebar

For the Birds is a show about hope, humor and feathers -- lots of feathers. They adorn and identify, making each bird special, providing characteristics that express character.

It's a flock of sorts, composed of birds who do their best to be who they are while trying to become something more. 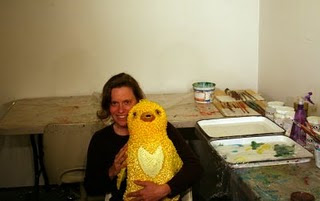 Elise Richman in her studio with "Billy".

The Telephone Room is always viewable by appointment at thetelephoneroom@gmail.com.

The Telephone Room is the world's second-smallest art gallery at 12 ½ square feet. It is located in a Dutch Colonial home in Tacoma and since 1930, its sole purpose has been to house a black rotary dial telephone. Until now...

Small is Big. The Telephone Room is small, but its mission is big: to house artist-driven exhibits and programming. Big ideas in an intimate space.

What is the world's smallest art gallery?!?

The Tollbooth Gallery, coincidentally also in Tacoma, is the world's smallest gallery, dedicated to Wheat Paste and Video Fine Arts. It was formerly a TV-Tacoma information kiosk and houses a video monitor without having any actual floor space. It runs all day and night, every day, and you can find it at South 11th Street and Broadway in downtown Tacoma.
www.tacomaweekly.com/citylife/view/tollbooth_gallery_endures

The I AM photo project, designed by the Telephone Room Gallery, is happening every Thursday evening from 5-8 pm at TAM during the HIDE/SEEK show (March 17 - June 10, 2012)
See the photos on Tacoma Art Museum's flickr and facebook pages.

September 2011: Out of the Embers by Allison Hyde
By splitting video sequences into still photos and recreating the images via printmaking, Allison Hyde examines the subtleties of fleeting moments and the nostalgia associated with recollections of the past.

August 2011: Three Images by Matt Johnson
Matt Johnson uses the theft of his iPhone by one of his college students and the final batch of downloaded photos as his inspiration.

July 2011: Trails by Chris Thompson
Paintings that delve into the slow, slimy and strange world of slugs and snails.

November 2010: Montana (erased) by Buddy Bunting
An erroneously left answering message detailing a stranger's travels through Montana form the basis for Montana (erased) and continues Buddy's exploration of the western landscape and its mythology of transcendence, openness, and expansion.

October 2010: Clicks and Pffts by Jessica Robinson, curated by Graham Bell
Using found sound and recordings of bodily noises, Clicks and Pffts crafts an aural scape that is technological but human; familiar yet alien.

August 2010: "I don't hate anyone" by Chris Sharp
Painting and a whole mess of letterpress.

June 2010: In The Garden by Nicholas Nyland
Playful sculptural works that respons to their setting and call upon a long tradition of ornamental garden sculpture.
and Eternal Flicker Flame by Ben Hirschkoff

February - March 2010: Drunk Dialing by Kristen Ramirez
An installation of inscribed liquor bottles, each retelling a sordid tale of alcohol-fueled communication gleaned from friends and strangers via an internet call for drunk dialing anecdotes.

January 2010: For the Birds by Elise Richman
Intimate portraits of birds that act as surrogates and guardians, amiable yet awkward, emotional personifications that simultaneously expose and protect.

November 2009: "Is You Is?" New Drawings by Blake Haygood
The title comes from the Louis Jordan song "Is You Is or Is You Ain't (My Baby)." The question for Blake is not about his love life but about his career as an artist and gallery owner. It became clear to him that he would have to make a choice and commit to only one. Is You Is integrates drawings of disintegrating/reforming mechanical/organic objects into the space of the Telephone Room.

October 2009: Undead
A group show inspired by braineaters and bloodsuckers.

August 2009: The Bluebird by Jessica Bender
Inspired by Charles Bukowski and his poem "My Telephone," for his birthday month, the installation is an homage involving bottles, bones, a pillow, and more. "The Bluebird" is another Bukowski poem that Jessica enjoys.

June 17 - July 31, 2009: The Badman by Jeremy Mangan
A life-size 3D painting/sculpture of a shot-dead old-west gunfighter in a pine box, entombed within the Telephone Room, continues Jeremy's exploration of portraiture and the landscape of the notorious American west.

May 15 - June 16, 2009: Home Sweet Home featuring Laura Komada, Paul Komada and Noal Nyland
An examination of handiwork and decor by three artists creating in the living room: a portrait of Sasquatch; a knitted Mondrian; two garments infused into a quilt. 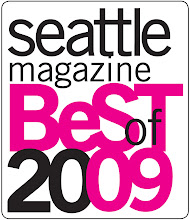 The Telephone Room Gallery was featured as the "Most artistic use of outdated architecture."

We hope you'll become a fan. (www.facebook.com/Telephone.Room.Gallery)
To join our email list, email us at thetelephoneroom@gmail.com